For the man who has everything, regardless of age, personalized stationery can be the perfect present. In an era in which so much communication has gone digital, the act of sending a handwritten note has never been so impactful, and having handsome papers on which to draft correspondence adds the perfect polished touch. To help those who might be thinking about gifting a gentleman with a bespoke stationery set, we turned to Cheree Berry, CEO and creative director at Saint Louis, Missouri-based Cheree Berry Paper, for some professional advice. Here, she breaks down the key considerations.

Style: According to Berry, stationery can help reflect his personal style and act as an extension of his personality. “Think of it like picking out a shirt and tie,” Berry says. There are no hard and fast rules—just choose something that speaks to his personality. To help narrow down the options, Berry outlines five styles below:

Moniker: While personal style truly defines this choice, Berry points out that there are other factors that come into play when choosing whether to adorn his suite with a monogram, full, or simply first name. Here, Berry discusses the options and a few key considerations for each:

Type: There are hundreds of options to choose from when picking out a font, which can make the process seem overwhelming. However, if you break them down into the main styles, it becomes somewhat more manageable. Here, Berry provides a general overview of each type:

Paper and printing considerations: Once you’ve determined your style, moniker, and font, there are a few final aesthetic decisions to consider, including paper thickness, type of printing, and other embellishments. For those aspects, Berry provides these helpful suggestions: Scouted Stationers You Should Know About 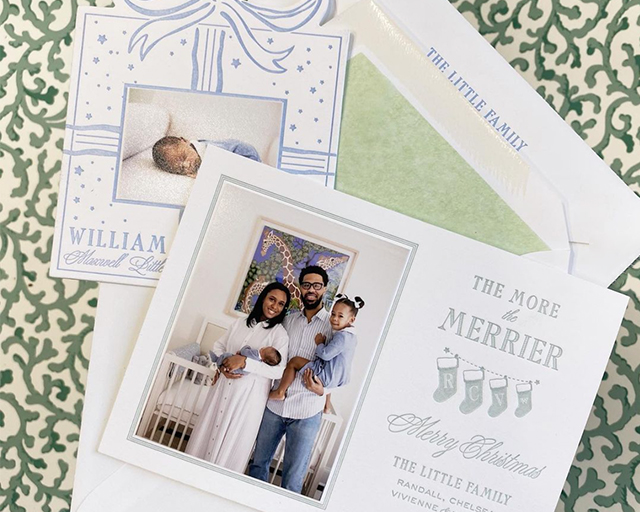 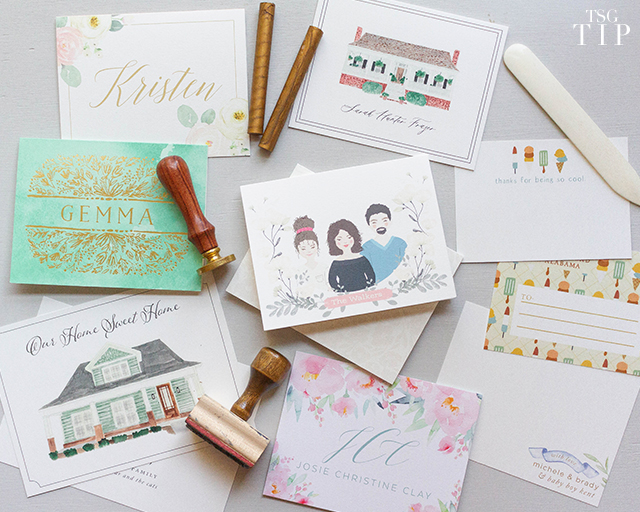