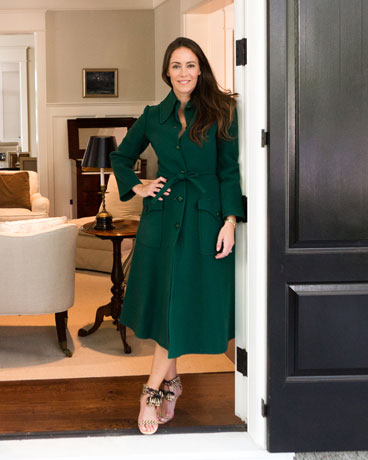 Born and raised in the Seattle area, Autumn grew up with an appreciation of natural beauty that has shaped her aesthetic to this day. After attending college at Washington State University, she moved to Seattle and began her career at the Nordstrom flagship store, where she enjoyed coaching employees in sales and service. However, a college internship spent in Washington, D.C., convinced Autumn she would return to the district someday to raise her family. The distinct and diverse neighborhoods, growing food scene, dynamic social scene, and mix of languages and cultures made D.C. an obvious choice.

After having her first son, Ben, Autumn stepped out of the store and began working as an independent wardrobe stylist and small boutique buyer. Shortly after having her second son, Shep, ten years ago, she was finally able to move to Washington, D.C., and as the new Editor of The Scout Guide Washington D.C., she is overjoyed to support and promote small businesses, artists, and entrepreneurs throughout the city.

When she isn’t Scouting her beautiful surroundings, Autumn enjoys cuddling with her sons (when they let her), watching football with her husband, John, doing Pilates, going for a long run, and catching up with friends over a good bottle of wine.

“Be yourself, everyone else is taken.” —Oscar Wilde