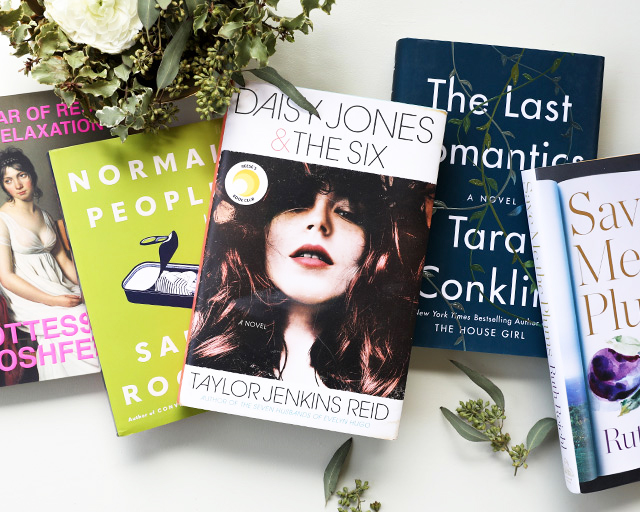 Avid readers and book club members, rejoice: the list of books to get lost in this spring is delightfully long. After consulting reviews and considering genres, we’ve selected five titles that we’re putting at the top of our to-read pile this season. From an escapist read to a profound work of fiction to a juicy, tell-all memoir, here’s what we’re reading.

The Last Romantics by Tara Conklin.
What the critics say: In the words of the Washington Post, “It is the strength and fragility of the siblings’ bond, the evolving nature of love that is at the core of Conklin’s novel….Gracefully rendered, The Last Romantics focuses on the familiar theme of family with great originality.”
Why we picked it: We’re excited to read the next book from The New York Times bestselling author of The House Girl, and according to reviewers, it doesn’t disappoint. This deeply observant and richly layered family saga takes place over the course of century, following the lives of four siblings and confronting them with the question of what they will do for love.

Normal People by Sally Rooney
What the critics say: This novel from celebrated author Sally Rooney, who has been heralded by The New York Times as “the first great millennial novelist for her stories of love and late capitalism,” was longlisted for the 2018 Man Booker Prize. Esquire declared Normal People “Beautifully observed,” and said the tome “crackles with vivid insight into what it means to be young and in love today.”
Why we picked it: This universal story of love, friendship, and growing up, written in Rooney’s trademark intelligent and sparse fashion, will reawaken the feelings of first love—and the complexities that are navigated in those intense, early young adult years of becoming. We’ve been advised that this book is difficult to put down, and may prompt a tear or two.

Daisy Jones & The Six by Taylor Jenkins Reid
What the critics say: According to the experts, Reid has created a fun romp that perfectly captures the magic of the 70s music scene. “The book’s prose is propulsive, original, and often raw,” Publishers Weekly declared in a starred review. “Reid’s gift for creating imperfect characters and taut plots courses throughout this addictive novel.”
Why we picked it: Jam-packed with rich characters and a compelling story line, this gripping novel mimics the style of a tell-all celebrity memoir that follows the whirlwind rise of a fictional iconic 1970s rock group and their magnetic lead singer, culminating in their mystery-shrouded breakup. Perfectly paced, this novel is going to be pure fun.

Save me the Plums: My Gourmet Memoir by Ruth Reichl
What the critics say: Beloved food writer and restaurant critic Ruth Reichl took the job at Gourmet magazine as editor-in-chief after much persuasion. This memoir catalogues how she transformed the magazine to a cutting-edge epicurean publication. Best-selling author Ann Patchett said of the book, “This is the rare case of an amazing writer living an amazing life,” while, foodie queen and cookbook author Nigella Lawson shared, “No one writes about food like Ruth Reichl. She also happens to be a mesmerizing storyteller. I consider this book essential nourishment.”
Why we picked it: As long-time readers of the now shuttered Gourmet magazine and ardent fans of Reichl’s other memoirs, Tender at the Bone and Comfort Me with Apples, we couldn’t wait to dive into this epicurean treasure trove. From the name-dropping of legendary chefs (David Chang and Eric Ripert) to the colorful characters that make up the magazine’s staff, this exclusive peek into one of America’s most treasured magazines during the last of print media’s glory days is a pure delight.

My Year of Rest and Relaxation by Ottessa Moshfegh
What the critics say: A novel that’s dark, wildly funny, and in which nothing really happens might seem like an odd pick, but this is not one you want to pass up. The New York Times extols, this a “Darkly comic and ultimately profound new novel…Moshfegh’s extraordinary prose soars as it captures her character’s re-engagement.” Adding to that praise Entertainment Weekly writes of the novel, which was named a Best Book of the Year by The Washington Post, NPR, The Guardian, and more, “One of the most compelling protagonists modern fiction has offered in years: a loopy, quietly furious pillhead whose Ambien ramblings and Xanaxed b*tcheries somehow wend their way through sad and funny and strange toward something genuinely profound.”
Why we picked it: Written by a rising star in the literary world, the story follows the life of a dissatisfied recent Columbia graduate with a great job and an overflowing trust fund who should be content, but is deeply unhappy. The main character comes under the influence of a cocktail of drugs meant to bring her out of her state of alienation, but ultimately makes a case for the mindset. While the plot is mostly internal, it is intelligent, empathetic, and hilarious. 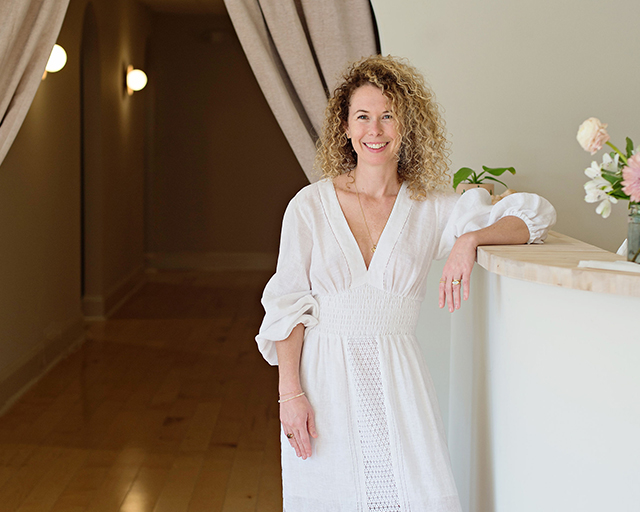 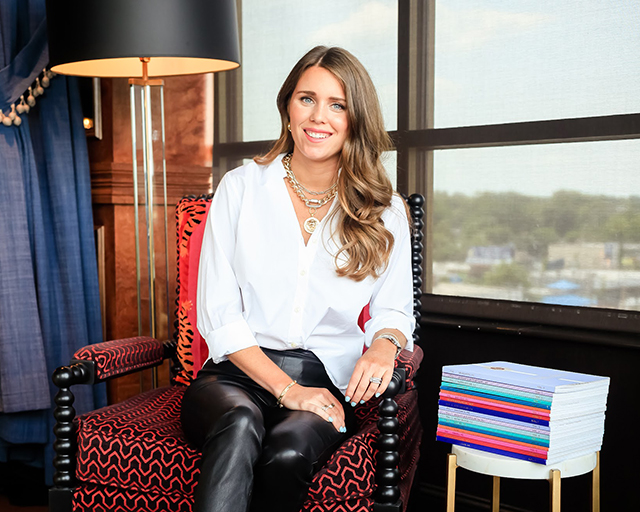 Deskside With: Stephanie Stephens, Editor of The Scout Guide Memphis 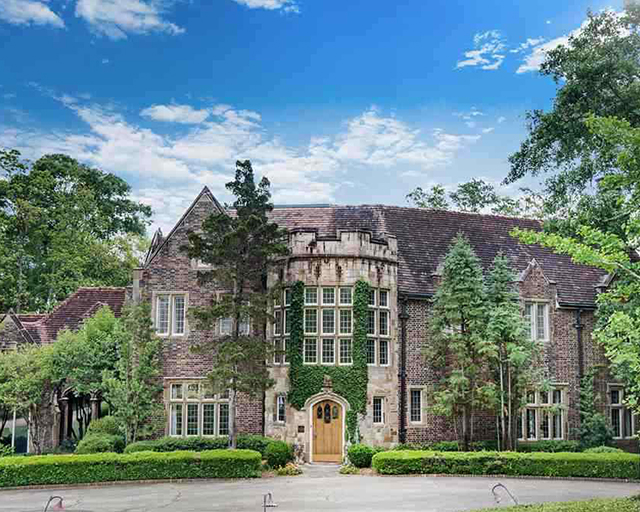 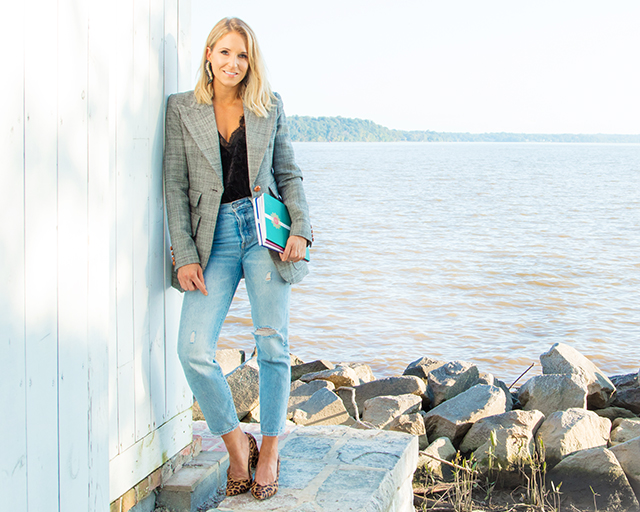