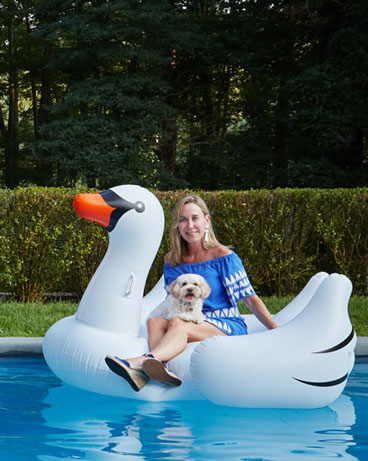 About TSG Northern New Jersey Editor Heather Cundey Bartlett:
Heather Cundey Bartlett was born and raised in the gorgeous (and cold) upstate New York town of Ithaca. She fulfilled her childhood dream of going to Cornell University (also in Ithaca), and graduated with a degree in Economics and Marketing. She then headed to New York City to begin her career, and after working on Wall Street for two years, she became a public relations manager for several publicly traded companies in the financial services industry. After the arrival of her first child, Heather took time off from her career to be at home, and started an interior design business a few years later.

When visiting family in Virginia in the summer of 2013, Heather saw a copy of The Scout Guide and immediately fell in love with the book, the concept, and the beauty, and wanted in. She called Scout headquarters before her trip was over and spoke to them about bringing TSG to her community.

It has been an honor for Heather to bring TSG and its Southern influence to Northern New Jersey, and she loves working with her community’s finest local business owners, entrepreneurs, and tastemakers. She is constantly inspired by their passion and hard work.

Heather and her husband, John, managing director of a technology and services firm supporting financial companies based in Raleigh, live in Short Hills and have five children, Logan, Shelby, Will, Alison, and Nick, and a dog named Cricket.