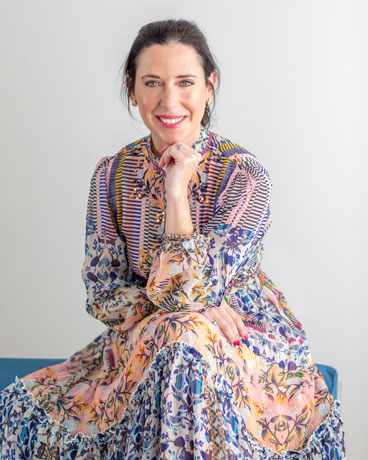 Laurie Wightman grew up in the suburbs of Philadelphia, and went on to study at Penn State University, where she graduated with both a journalism and speech communications degree. For the last 20 years she built a career in advertising sales and marketing in San Francisco, New York City, and her native Philadelphia while working for publications including U.S. News and World Report and Martha Stewart Living and at Time, Inc. working for the Entertainment Group, which included selling for Entertainment Weekly, PEOPLE, InStyle, and Essence magazines. After moving back to Philadelphia, Laurie started a hyper-local publication called Wayne Magazine.

While running her own magazine Laurie became increasingly interested in The Scout Guide and what the brand was doing locally for the Main Line and Philadelphia. Laurie joined the TSG Philadelphia and Main Line team as Co-Editor in 2016 and was thrilled to be a part of something much larger doing incredible work on a local level for the Philadelphia area. Now, as Editor/Owner of TSG Main Line & Philadelphia, her favorite aspect of working on TSG is meeting so many different kinds of business owners who are making a change and paving the way for the area to be a better community for locals and visitors alike.

“We cannot become what we need to be by remaining what we are.” —Max De Pree