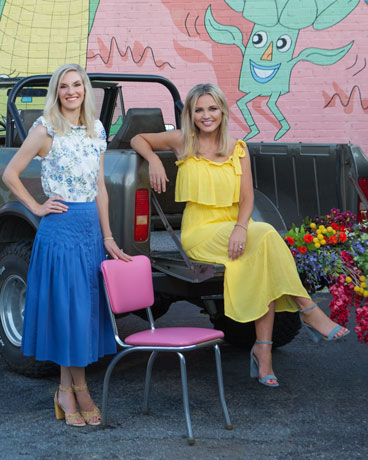 About TSG Little Rock Editor Valerie Shively:
Valerie Shively fell in love with all things local while on the campaign trail for an Arkansas governor. Shaking hands with business owners and entrepreneurs in small towns across the state, Valerie became passionate about the one-of-a-kind craftsmanship and entrepreneurial spirit found in the heart of these local communities. She also developed a strong appreciation for shopping local as much and as often as possible, which today her husband has lovingly learned to accept.

After serving in the Governor’s office, Valerie moved to Washington, D.C., and later received a graduate degree in Public Service before continuing to work for many years as a government affairs enthusiast for many of Arkansas’s major corporations and largest industries. After moving back to Little Rock, she met her husband, Jonathan, who built a commercial construction company with a strong focus on Downtown Little Rock revitalization efforts.

Valerie eventually moved out of the political arena, and when the opportunity to take on the role of Editor of The Scout Guide Little Rock came about, it was a perfect fit given her adoration for all things local and her experience promoting the city she loves. In addition to supporting local professionally, Valerie supports a number of local nonprofits in her spare time. A member of The Junior League of Little Rock and Arkansas Children’s Hospital Auxiliary, the Shivelys are also very involved in Our House, the city’s shelter for the working homeless.

Today, Valerie still dabbles in local politics here and there and plays as much tennis as possible. Together, she and Jonathan are raising a sweet and smart four-year-old girl, Collins Juliette, and a wild and rambunctious two-year-old, Hendrix. Valerie and Jonathan spend many evenings strolling the kids around The Heights with their dogs, Stella and Belle Belle.

Words Valerie Lives By:
“Do what you love, and you’ll never work another day in your life.”