House Tour: An 18th-Century French Chateau is Revived as a Grand Escape and Wedding Destination - The Scout Guide 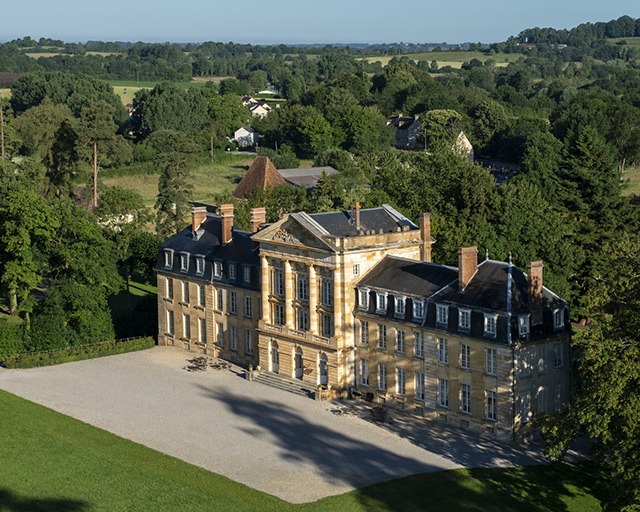 The facade of Chateau de Courtomer.

Elisabeth Bonner grew up traveling extensively through Europe and over the years, developing a deep passion for France in particular and its rich history, stately museums, and quaint streets. Still, it was never in her plans to even consider buying and renovating a crumbling 18th-century French chateau. Then, on a trip to Normandy in 2005 with her husband Bill, the couple stumbled upon Chateau de Courtomer—the seat of a powerful family of Norman noblemen from the 11th century until the beginning of the 20th century—and were instantly smitten. Under her care, the impressive Chateau, inspired by the Palace of Versailles and completed in 1789 on the eve of the French Revolution, has undergone extensive renovations, resulting in an understated, luxuriously elegant escape that welcomes guests for events and occasions that range from getaways to seminars to the ultimate dream wedding. 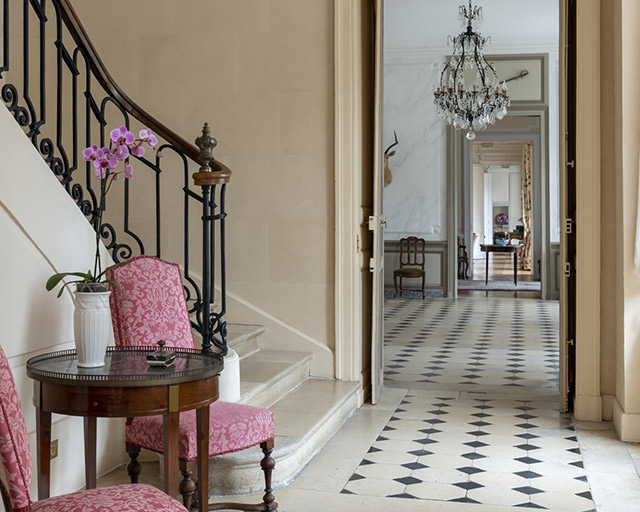 A view of one room leading into another, a style the French call “enfilade.”

The process of “fixing up” the Chateau, which is listed on the French National Registry, is best described as a labor of love. Elisabeth confesses that there have been many bumps along the way, but like the strong Normandy sunshine that breaks through the mist, good cheer has always returned. “There is something exhilarating about restoring a great house to its former splendor,” she says. Elisabeth also connected with the sense of deep family tradition in this home that was passed from one generation to another for almost 1,000 years—from the construction of the original Chateau in 1047 by the counts of Courtomer until the sale of the 18th-century Chateau and lands in 1905—as five of her six children have left the nest since the Bronner’s took ownership. In addition, Elisabeth currently works in tandem with her youngest daughter, Mariah, continuously renovating the Chateau while curating memorable experiences for their guests. 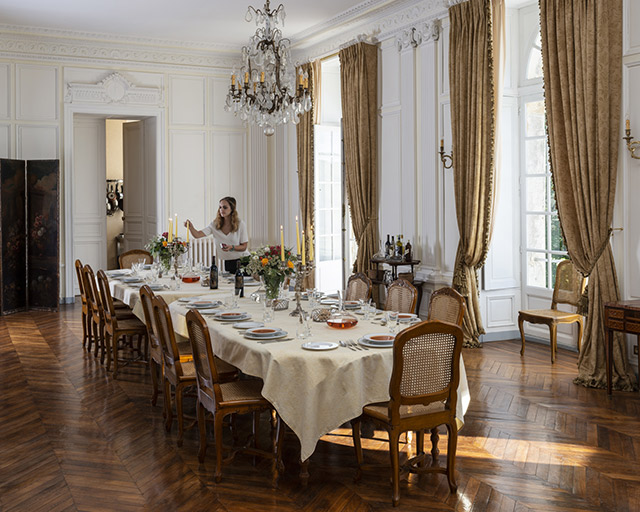 The first part of the renovation involved the heavy lifting: stripping out old electrical wiring and plumbing, renovating an outdated heating system, repairing extensive dry rot, and replacing ancient windows with exacting replicas, to name a few of the major projects. However, during that process, may gems were unearthed, such as a rare parquet floor inlaid with exotic woods in the shape of a compass star, and a packet of love letters stuffed into the attic beams. After three long years, the house was liveable, and it was finally time to focus on decoration. 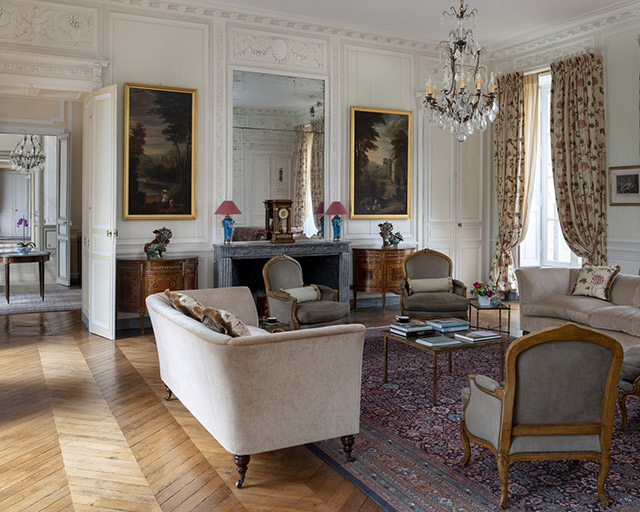 In the 18th century, when the Chateau was built, the understated chic greys and creams of today were not in fashion—color was king. Accordingly, during the restoration process, Elisabeth hired a decorative painter based in Paris to paint many of the rooms. The entrance hall was returned to its original appearance with a faux finish of white and grey marble while the dining room and petit salon were striéed and glazed in tones of pale lemony yellow. The grand salon was coated in pale green, and the fumoir, a small study with the aforementioned star-shaped parquet floor, was painted, dragged, and glazed in tones of pale grey and cappuccino. The wood paneling in the main bedrooms was also dragged and glazed, in either pale blue or beige. 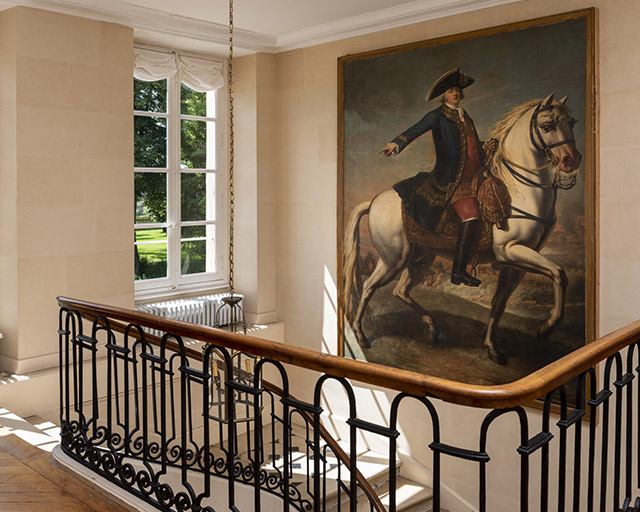 A painting of the Marquis de Courtomer, who originally built the Chateau, atop his Percheron charger that was discovered during the renovation.

The purchase of the Chateau included all of the existing contents, of which, unfortunately, there were few worthy of keeping. One great exception was the marvelous book collection in the library. Since there was not enough furniture to furnish the home, Elisabeth spent days at Drouot, an auction house of Paris, and attended auctions and estate sales to scout for pieces. Through the course of it all, she found many treasures; her favorites include an 18th century roll-top desk and brass-trimmed “bureau plat” in the library, the set of carved Louis V armchairs in the grand salon, and a pair of armchairs she reupholstered in Lelièvre velvet that sit in one of the  bedrooms. While the Chateau is filled with many antiques, there were new pieces that also had to be acquired, such as the sofas in the grand salon and the four-poster beds sized for modern mattresses. 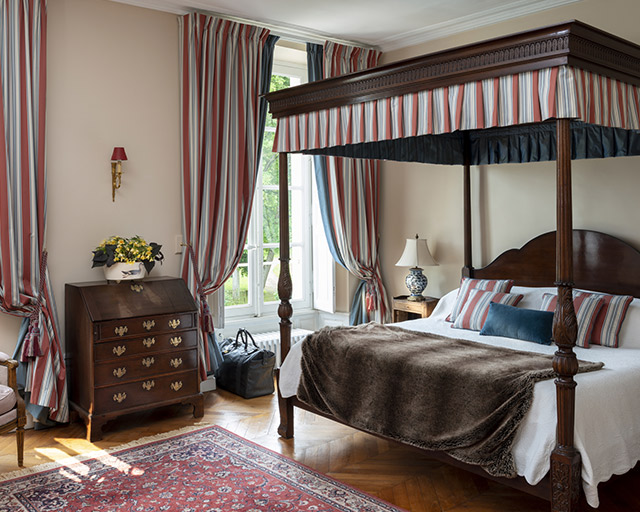 One of the two rooms outfitted with modern four-poster beds, with period-appropriate fabric.

While choosing fabric for the spaces, Elisabeth spent hours poring over options at Rue du Mail in Paris and exploring samples at Pierre Frey, keeping an eye out for reproductions of 18th-century patterns and toile de Jouy that would be used for the fumoir curtains and in bedrooms on headboards. The embroidered silk curtains in the grand salon are one of the only departures from strictly French products; although inspired by French silks being produced by the early 1700s in Lyon, it was sourced from Colefax and Fowler in London. 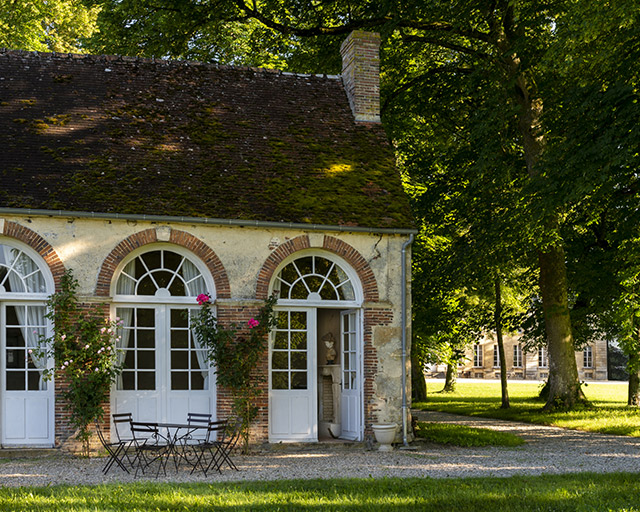 The exterior of the Orangerie, with climbing French roses and wisteria, which is a short stroll from the Chateau.

With a property of this magnitude and vintage, the work is never done; Elisabeth and her daughter are always adding to and improving upon Chateau de Courtomer, constantly undertaking projects big and small, sometimes with the help of grants from France’s Monuments Historiques or National Register of Historic Buildings and always with an eye to replicating and maintaining the chateau’s historic integrity. Some of their upcoming plans include further development of the gardens. Over the past three years, they’ve planted a small cider orchard in traditional Norman apple varieties and replaced missing trees in the allée of horse chestnuts and amid the plantings of plane trees in the cour d’entree. And of course, the interior has not been forgotten. “My very next project is to create a luxurious and welcoming bridal bedroom in the North wing,” she shares. Undoubtedly, no detail will be forgotten, and the result will be enjoyed for generations to come. 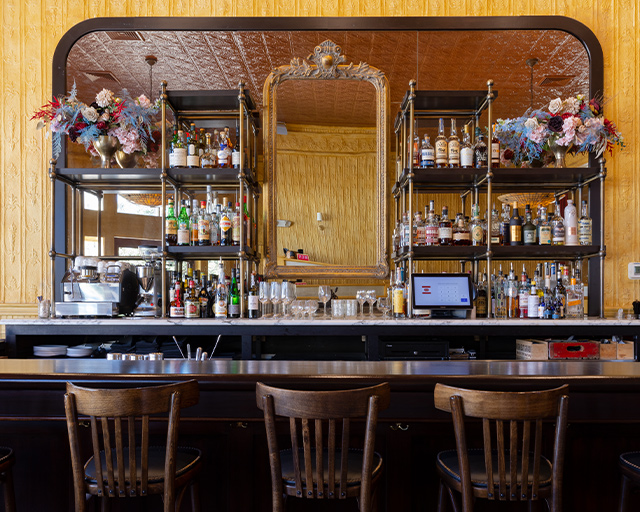 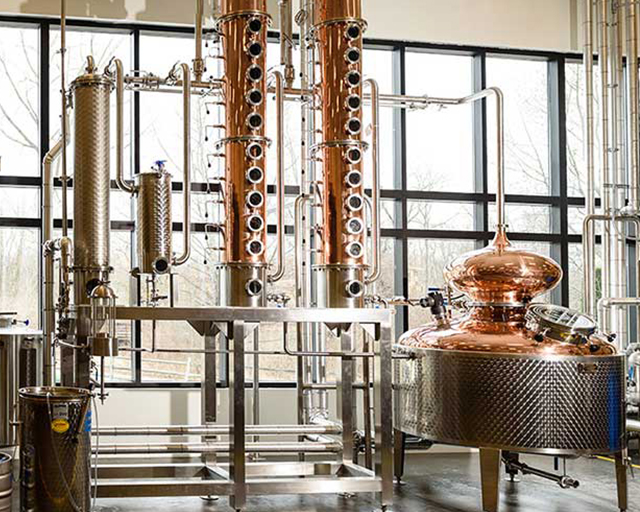 Scouted Distilleries You Should Know About 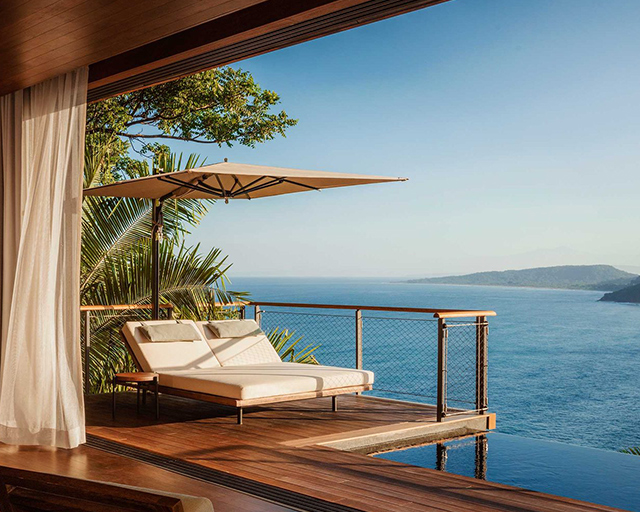 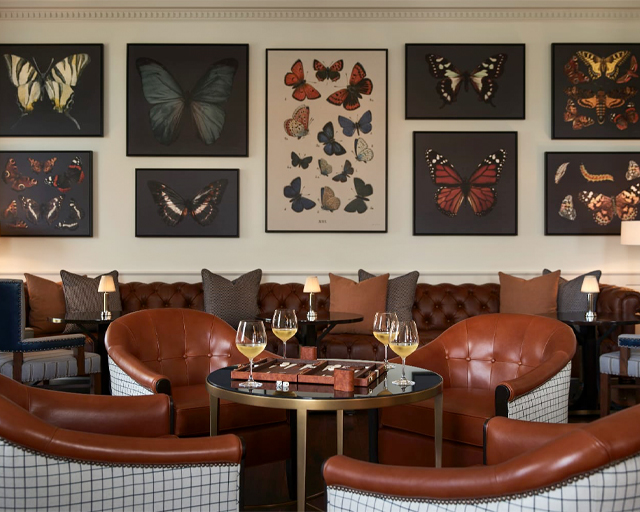 Scouted Hotel Bars You Should Know About