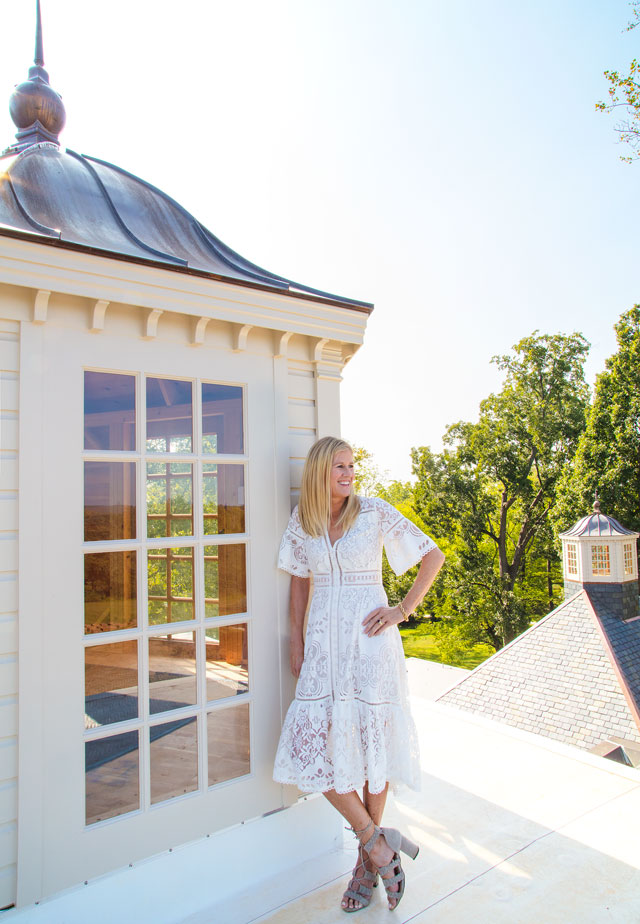 Up Close & Personal with Alison Carabasi of Hillbrook Collections

While the custom shed might seem like a trendy concept to many, Alison Carabasi has been privy to the beauty and benefits of bespoke garden structures for decades. The Lancaster County, Pennsylvania native’s parents were avid gardeners, and the property where Alison grew up had a beautiful shed where they could store their garden tools and wood for the winter. “It was such a lovely structure, and it brought so much joy to my family,” she remembers.

The shed served as inspiration for her mother, who thought others would prefer to have a beautiful garden home rather than a standard nondescript shed, too. She started designing structures in the early 1980s, and enlisted a local Amish craftsman to bring her designs to life, later laying the foundation for Hillbrook Collections.

An appreciation for construction and design is in Alison’s blood; her mother’s father was a Swedish carpenter, and his father was a shipbuilder in Sweden. Raised by parents she describes as being very into aesthetics, Alison’s early design education consisted of Sunday drives through pretty neighborhoods, during which her mother and father would point out architectural features such as Ionic columns and other elements of interest. “From the time when I was very little, visual beauty was always part of the conversation,” she says. 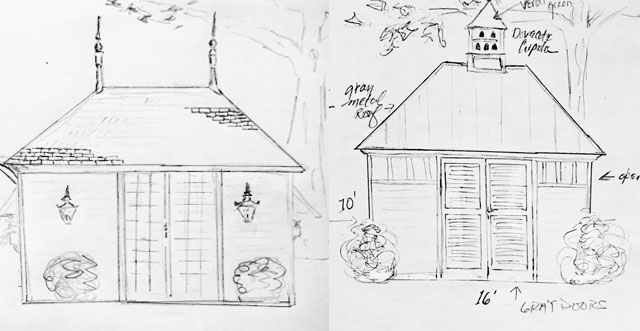 When she eventually acquired a shed of her own, Alison developed an even deeper appreciation of the products her mother produced. “I’d spy it from my bedroom window, all landscaped, and it would make me so happy,” she says.“When the kids were in high school, they’d hang out in it. It became a big part of our family. If I didn’t have one, I don’t know if I’d have known the value of it.”

Today, Alison helps her clients realize that same value by working closely with them to create functional and beautiful structures they’ll enjoy every time they look out the window. “I make custom tweaks for every single buyer and add architectural elements,” she says of the highly personalized process, which involves listening to the client’s needs (many are gardeners who want to reclaim their garage space, others simply want a structure of interest on their property, a home office, or pool house), carefully assessing the client’s home and landscape, then fine-tuning Alison’s proprietary designs and introducing special features such as 100-year-old windows and doors and decorative details—no two are alike. This collaborative process generally takes approximately four to six weeks. 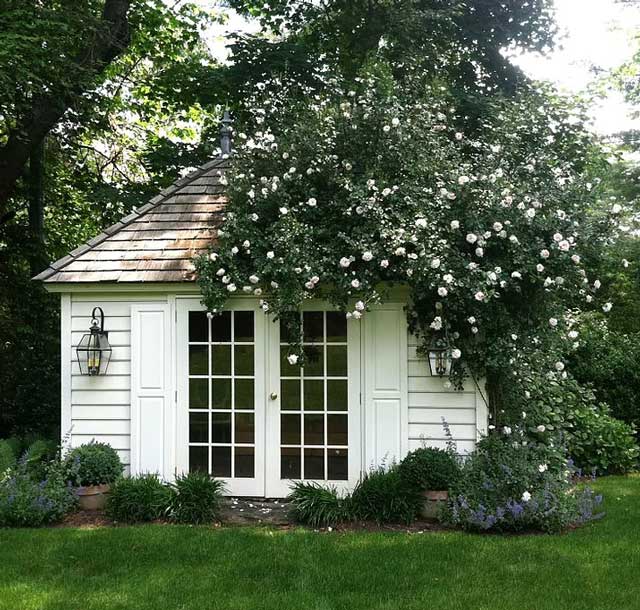 Once the design phase is complete, each shed is uniquely crafted in Lancaster by a team of artisans that hand-make aspects including finials, cupolas, and lanterns. As one might imagine, installation can be tricky; Alison won’t create “kits,” since that would compromise her uniquely specialized designs, so the finished sheds must be transported from Lancaster to their final destinations. “It can be stressful for clients, and I often tell them not to look until it’s in place,” she says. “One client hid in her bedroom during installation. But it always works out, whether we wheel it in or have to use a crane.”

Staying inspired seems to be no problem for Alison, who turns to books and Instagram as sources of visual stimulation. Her clients keep her on her toes, too. When one approached her about adding decorative elements to the roof of his 18,000 square-foot-home, his initial request for a single large structure evolved into four cupolas, each topped with a copper finial. “The client took a leap of faith in me, and I am so glad he did,” she says. She has also created a boat house, a hunting shed, and a chicken coop. “I have always said I will build anything, as long as it’s not ugly,” Alison notes. The proof is in her portfolio. 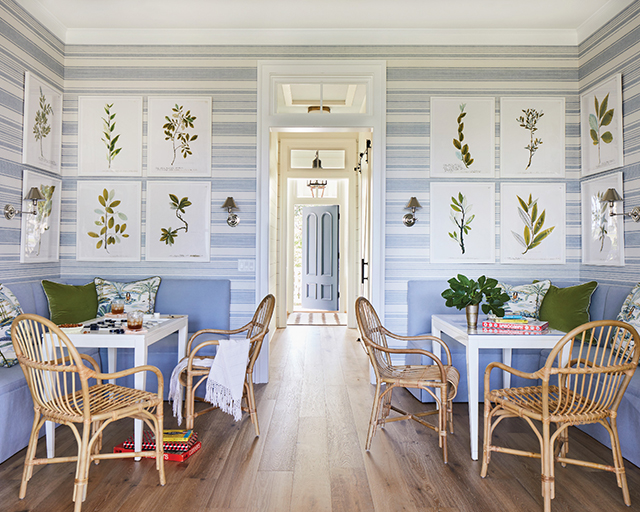 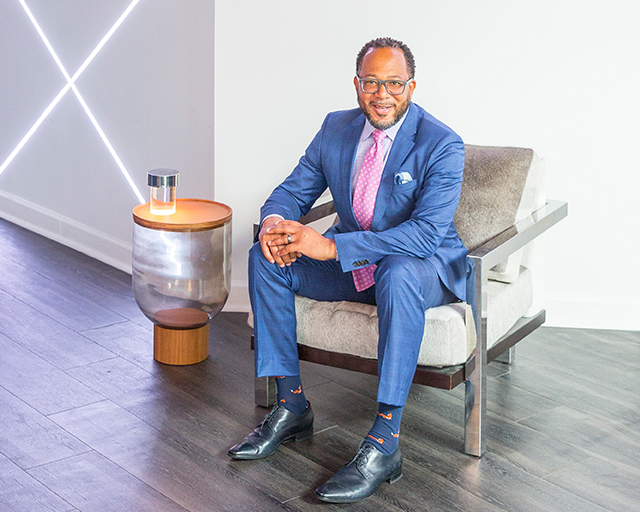 On Opportunity, Entrepreneurship, and Exquisite Lighting: A Conversation with Bertie Ray III of Switch