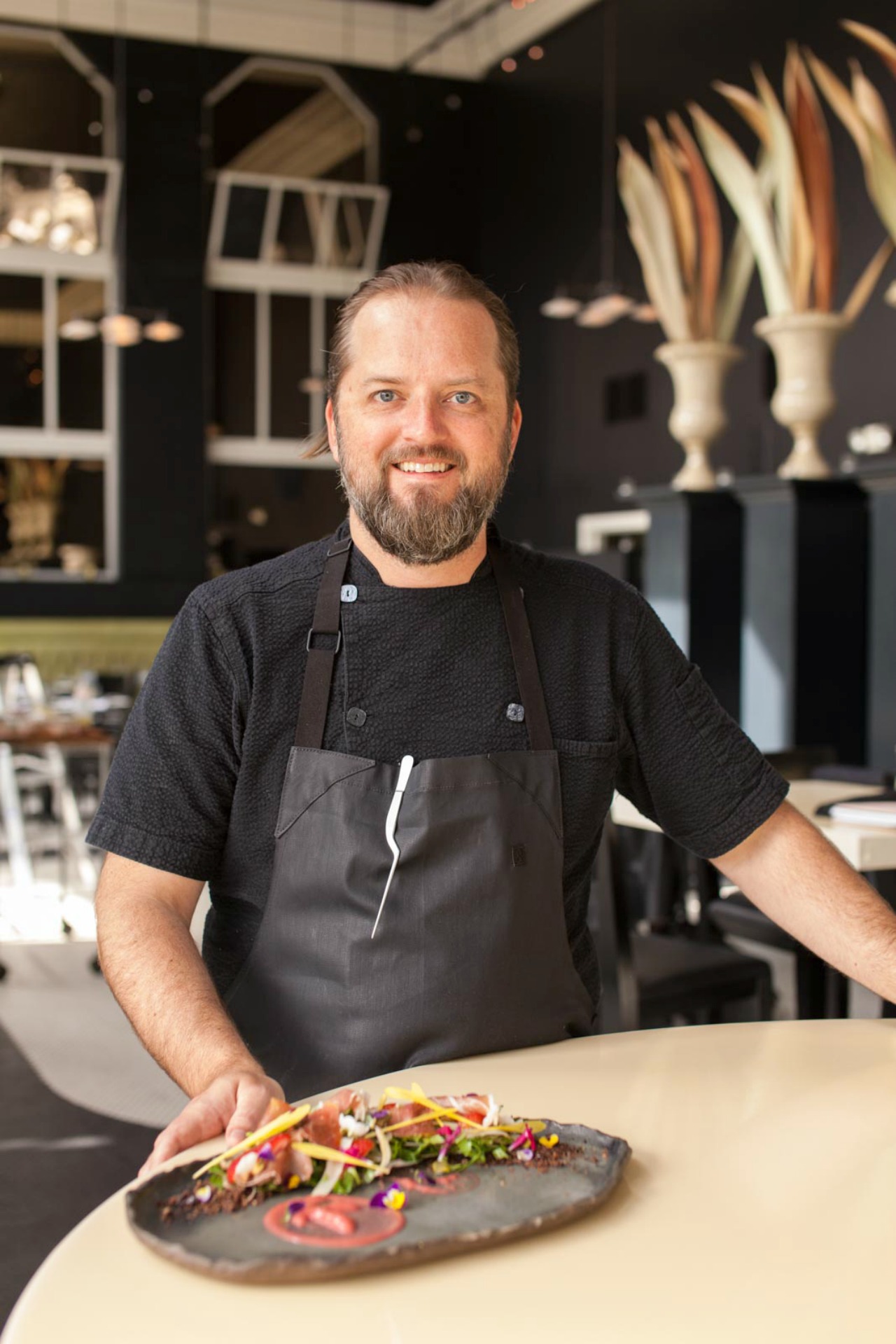 THE STORY. Growing up north of Lake Pontchartrain in Mandeville, Louisiana, taught Erik Niel about the intersection of food and community. The James Beard-nominated chef, who is now in his late 30s, describes his childhood as having been spent almost exclusively outdoors, hunting and fishing with his father and brother in a town that only had a little grocery store and a hamburger joint, but offered plenty of opportunities for Erik to learn how to cook what he’d caught. That early culinary education, coupled with being raised in a family that showed their love through cooking, created a foundation that has been the basis of a successful multi-decade career in the kitchen.

When his family left South Louisiana when he was 13 years old, Niel got his first taste of just how strong the region’s culinary and cultural influences were. “It was like life had stopped,” Niel says. “There was no Barq’s root beer, there were no Zapp’s potato chips, nobody was having a crawfish boil every Saturday afternoon during springtime. Life just seemed to not work anymore.” Niel went on to attend high school in Dallas, then college in Austin. In fall of 2000, after finishing culinary school in Vail, Colorado, he arrived in Chattanooga, Tennessee, thinking he’d stay just long enough to watch his younger brother play high school football his Senior year, and then move on to the east coast. Sixteen years later, Niel is still in Chattanooga, and with his wife, Amanda, co-owns an acclaimed restaurant, Easy Bistro; a thriving butcher shop/eatery, Main Street Meats; and runs a community-focused supper club that brings people together over a collaborative dinner once a season to celebrate the city’s culinary talent.

“What I love most about the restaurant scene in Chattanooga now is that it’s genuine.”

While the “Easy” in Easy Bistro does give a nod to Niel’s Louisiana roots, it’s also a play on the nickname he’s had in kitchens ever since he started cooking. “I was called Easy because I made it look easy,” he explains. Though he’s primarily addressed as “Chef” now, anyone who cooked with him before he opened Easy Bistro in May of 2005 generally refers to him by his old moniker.

His name isn’t the only thing that’s changed. Niel arrived in Chattanooga at a time when not many other people were relocating to the city. Now, he says, the population is growing, and with the newcomers come an exciting variety of outside influences. The arts and technology communities are burgeoning, and there seems to be a burgeoning appetite for great restaurants. “What I love most about the restaurant scene in Chattanooga now is that it’s genuine,” he says, noting that it virtually did not exist 15 years ago. “To have seen over the course of my career a restaurant scene be born and start to grow up is really cool.”

THE RECIPE. Local ingredients heavily inform Niel’s cooking, and the influence is clear in his menu, which is a reflection of the classic French fare that inspires him combined with Southern technique. An excellent example of his commitment to incorporating what’s fresh and seasonal into his dishes is the following recipe he shared for a White Asparagus and Strawberry Salad. (On the day he made it for TSG, Niel even garnished the salad with flowers from his own front yard.) Here’s how to make the salad, which Niel recommends pairing with a Brut Rosé, at home: 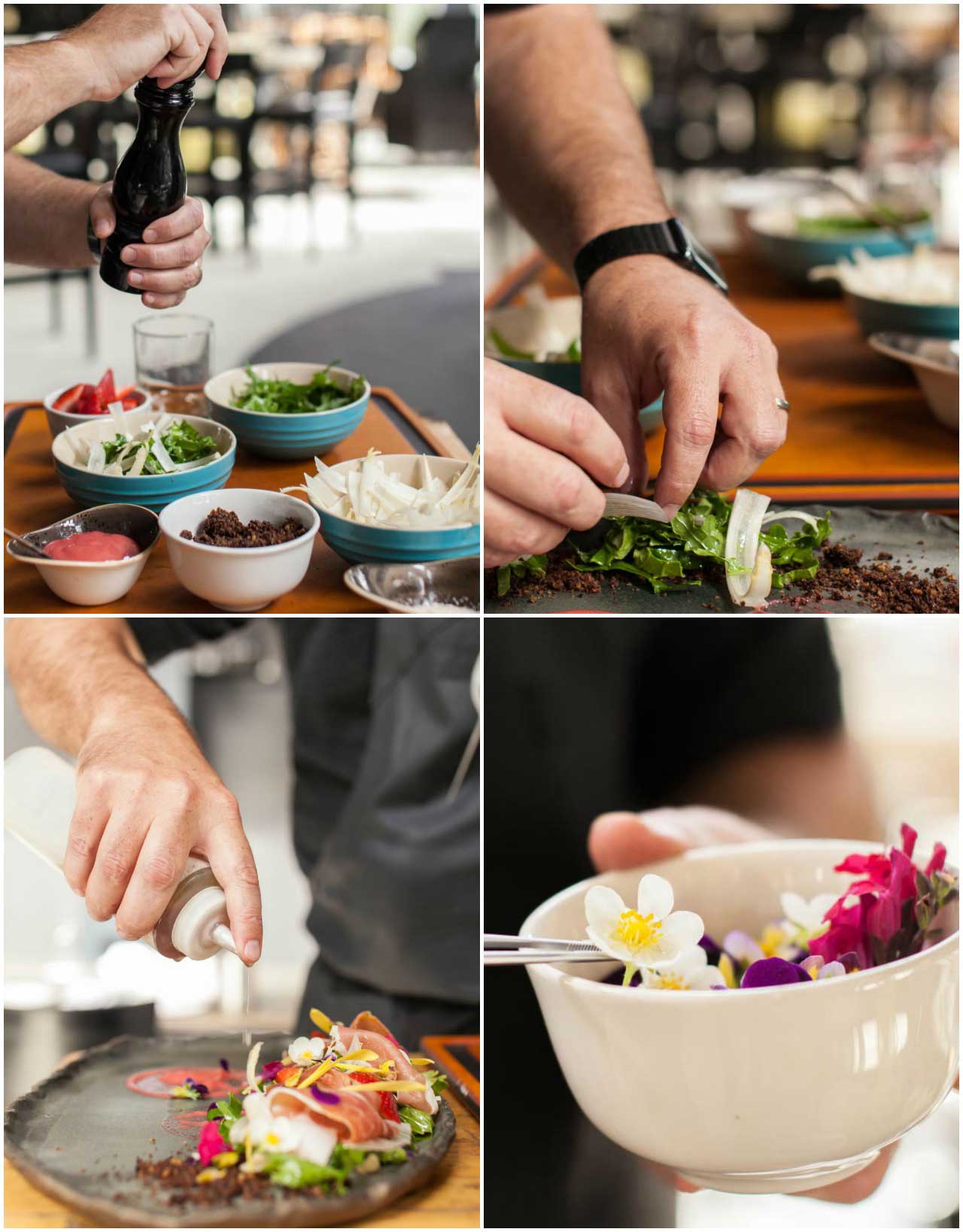 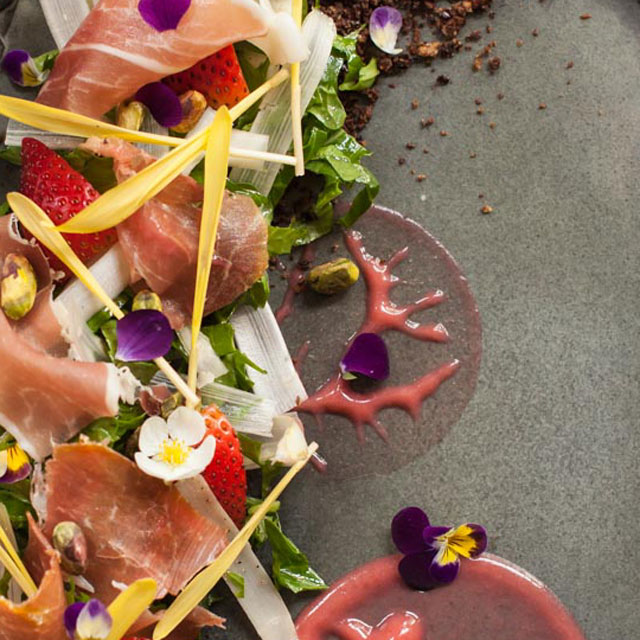 Instructions:
For the vinaigrette: Whisk together the first six ingredients. Add 1 tablespoon of raw sugar, and salt to taste.

For the salad: In a large bowl, gently combine greens, pea tendrils, lavender, and pistachios. Take freshly washed asparagus and break off bottom 1/8 of stalk, and place on cutting board. Holding the asparagus away from you, shave with vegetable peeler, creating curled pieces, approximately ½ cup worth. Toss asparagus curls and fresh berries into greens.

Just before serving, pour vinaigrette over salad, gently combine until all ingredients are lightly coated, being mindful not to bruise berries. Finish with thinly sliced prosciutto and fresh herbs.

Optional: Add a bed of toasted rye bread crumbs beneath the salad. To make, pulse rye bread in a food processor, lay the pieces out on a baking sheet, and bake at 300 degrees F for 10 minutes. Toss with olive oil, salt, and pepper.

Photography by Kyle MacKillop for The Scout Guide. 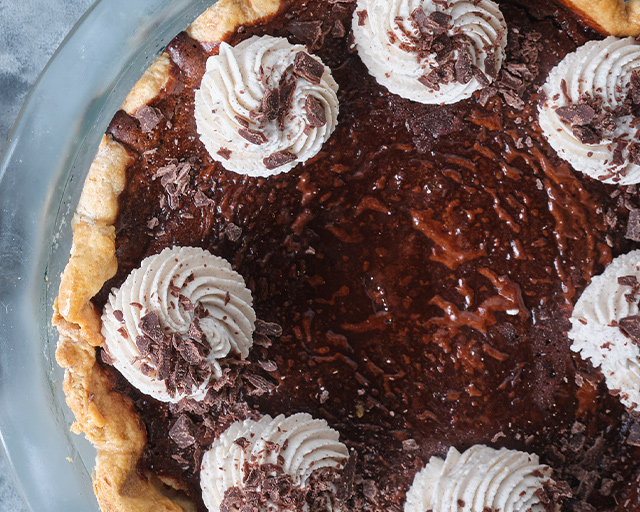 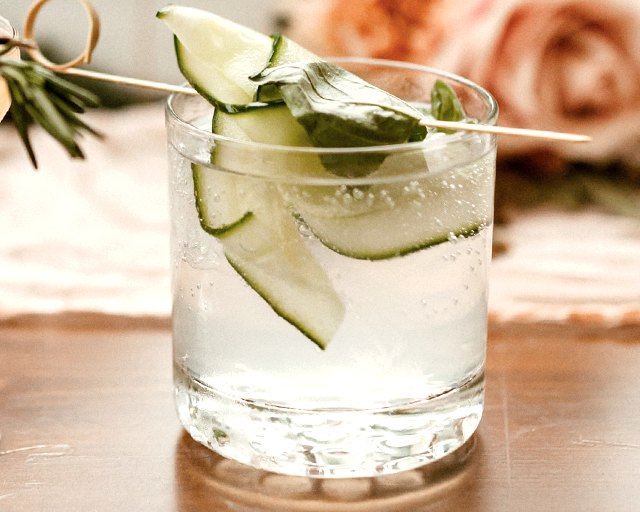 6 Mocktails to Sip This Winter—and Beyond

3 Salad Recipes That Are Perfect for Spring 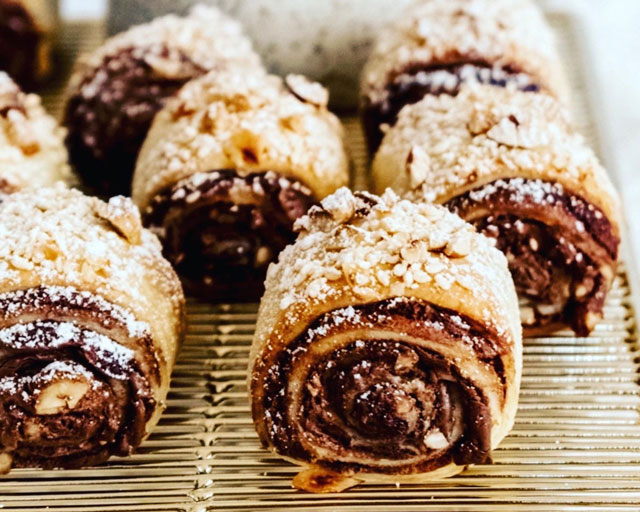